Note: The City of Murrieta completed the Redistricting process on March 1, 2022. This webpage is being preserved through March 1, 2032 (10 years) for informational purposes pursuant to Government Code Section 21608.

The City of Murrieta has five districts, or regions, with a City Council member representing each. All cities with city council districts must engage in “redistricting” every 10 years following the census count in order to ensure that each district continues to have equal populations.

In 2017, the Murrieta City Council transitioned to a district-based voting system to elect its City Council Members. To learn more about the history of the districting process in Murrieta, visit the 2017 Districting webpage. The City of Murrieta must now ensure that no changes are needed in light of the new 2020 federal census data. 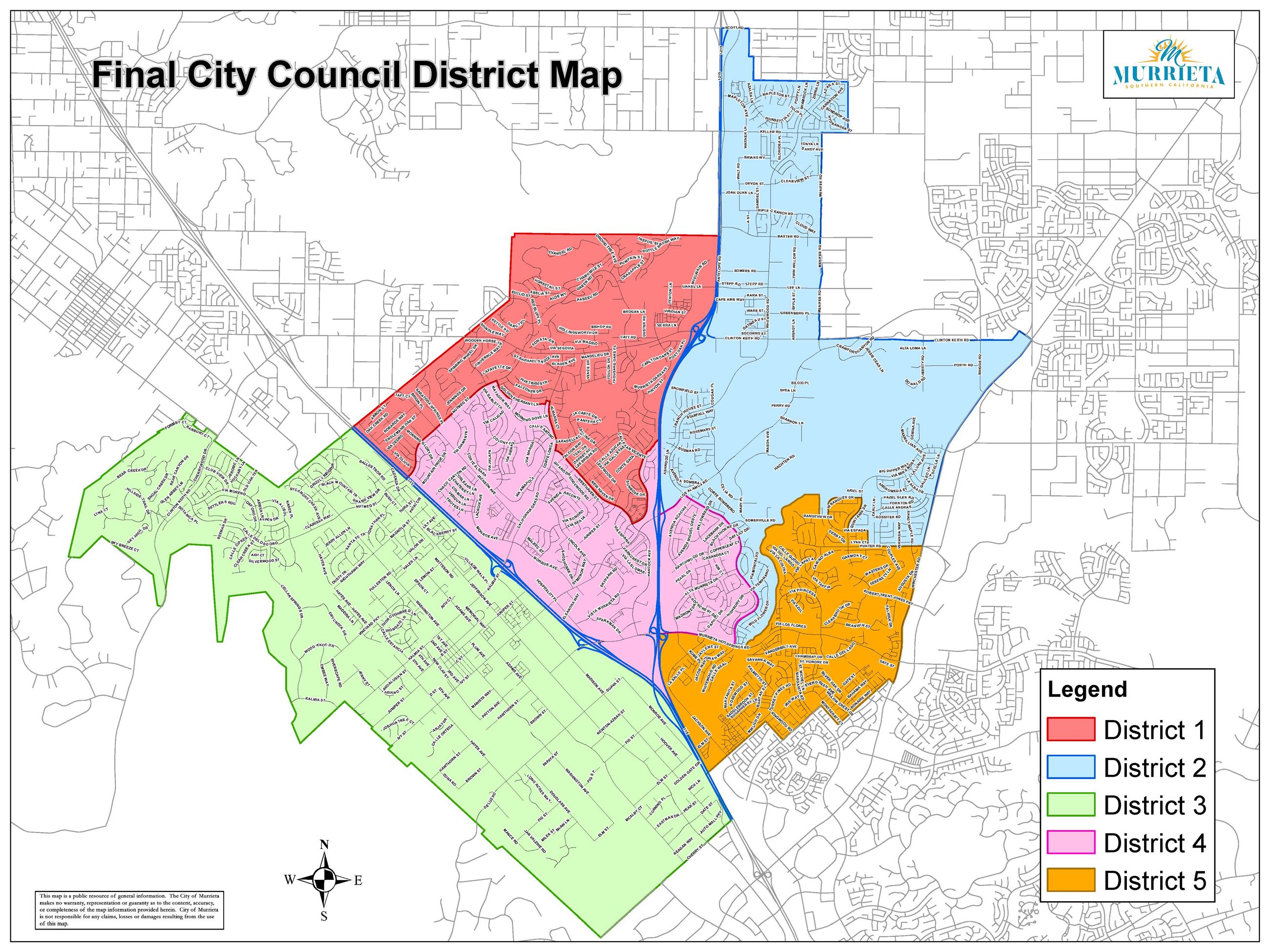 On February 15, 2022, during the Redistricting - Introduction of Ordinance Public Hearing the City Council introduced Ordinance No. 572-22 to adopt the district boundaries outlined in Revised Draft Map B.

On March 1, 2022 during the Redistricting - Adoption of Ordinance Public Hearing the City Council adopted Ordinance No. 572-22 to adopt the district boundaries outlined in Revised Draft Map B.

On October 28, 2021 during the Redistricting - Live Map Drawing Public Hearing the City Council provided direction on the development and posting of a draft map to be considered for public review. However on December 7, 2021, Draft Map B was not adopted.

On January 31, 2022, during the public hearing to receive community input and live map drawing, the City Council provided direction on Revised Draft Map B to be posted for public review. 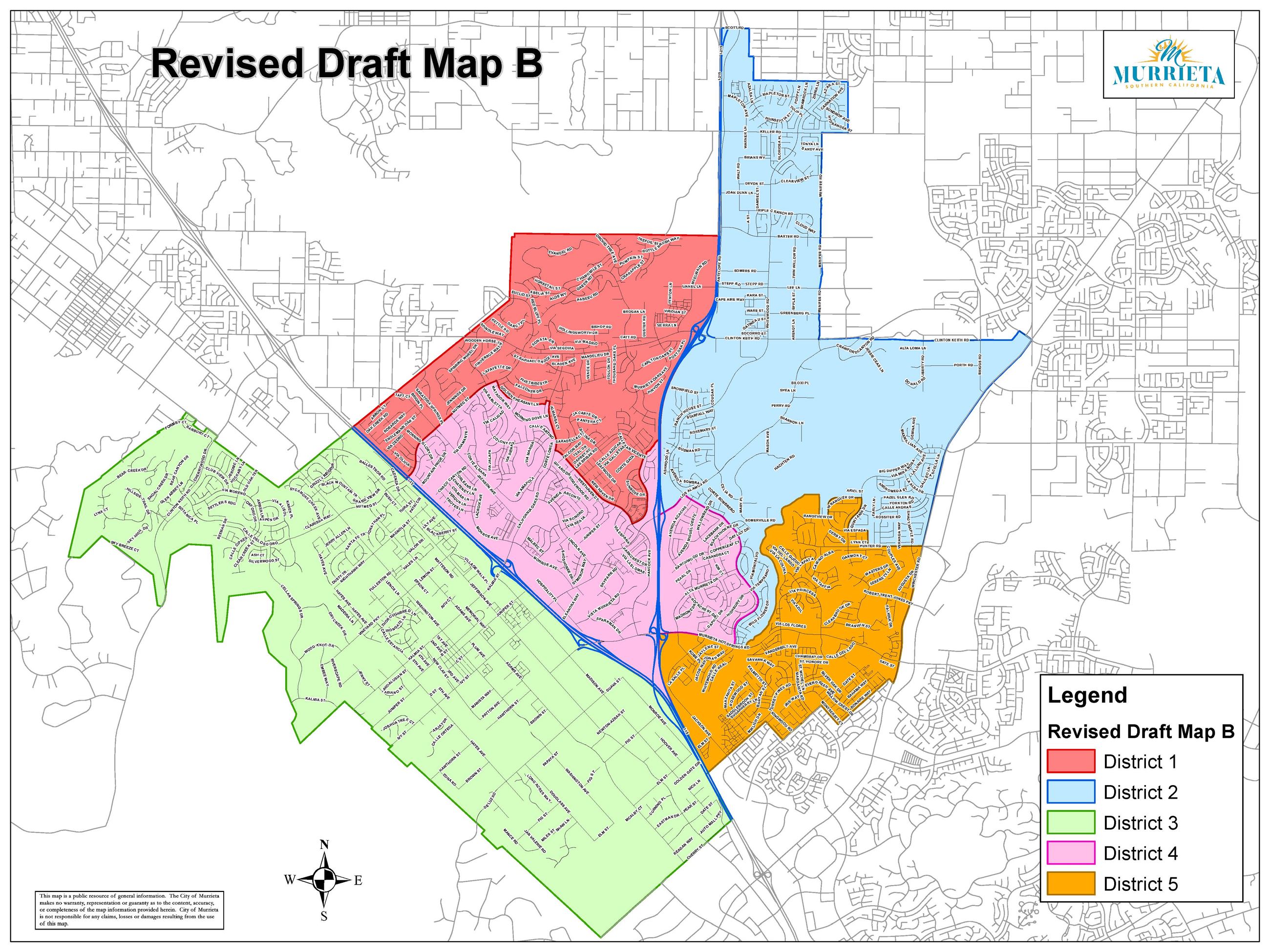 How can I get involved in the redistricting process?

The redistricting process was designed to be as transparent and accessible as possible.

To create and submit your own redistricting map, visit Murrieta's online redistricting tool. For a guide on how to use the online tool click here.

Visit the resources below to learn more about Murrieta’s 2021 redistricting process and how to get involved.


Communities
of Interest
FAQ's
How to Get
Involved

Redistricting Video: Are you a Community of Interest?

Draft Map B (Not Adopted)