This year, Murrieta Fire & Rescue (MFR) celebrates 74 years of service to the community, which puts MFR nearly in midlife when the City of Murrieta was incorporated in 1991.

The department originally started in 1947 as the Murrieta Volunteer Fire Department after the home of Max and Mattie Thompson burned to the ground. The department was eventually staffed with its first career firefighters in 1987, while volunteers continued to help where needed.

By 1993, the Murrieta Fire Protection District became a subsidiary of the City as it was then known. The department was forced to close Station 3, laying off 14 firefighters and two support staff, due to the recession. That same year, negotiations between the fire administration and the labor union allowed Station 3 to reopen, operating all rigs with only two-person crews.

The economy eventually rebounded enough by 2000 to restore staffing to three-person crews at all three stations. Station 4 was opened in 2005, using a temporary structure to house the crew, and in 2008 it was replaced with a permanent structure. The temporary facility, a manufactured home, was then used to create Station 5, where it still stands today.

In 2017, the department officially changed its name to Murrieta Fire & Rescue, and the following year was awarded accreditation status by the Center for Public Safety Excellence. This was several years in the making and a major milestone for the department. At the time, MFR was only one of 17 departments in the entire state of California to receive this respected status and the first in Riverside County.

Today, Murrieta Fire & Rescue is led by Fire Chief David Lantzer. The department has five stations staffed by 18 firefighters every day (increasing to 20 per day in June) supported by 11 staff members in fire administration. Day-to-day operations are managed by a deputy chief and three battalion chiefs (one on each of the three shifts). Community Risk Reduction, formerly Fire Prevention, has five staff members when the division is fully staffed. 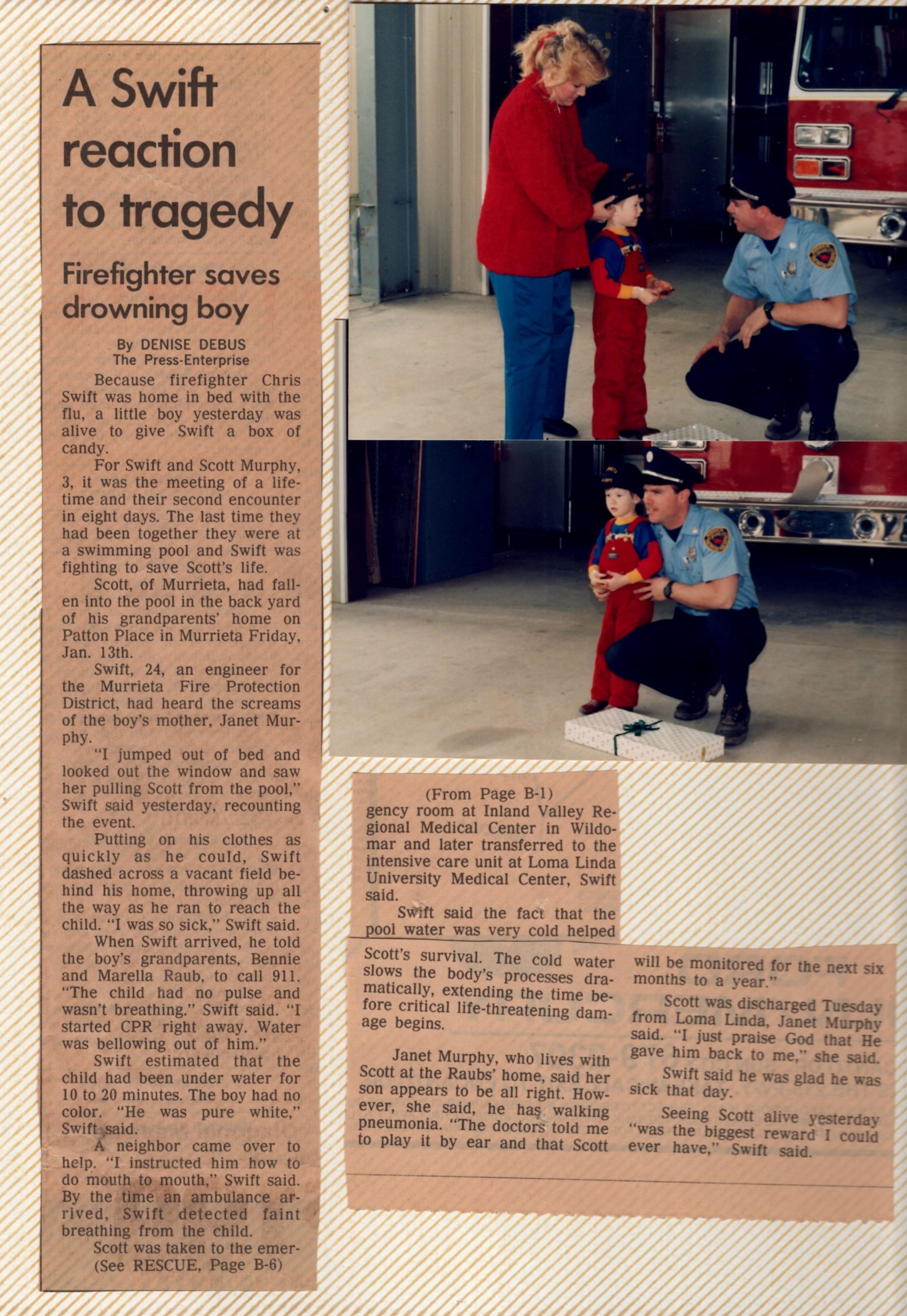 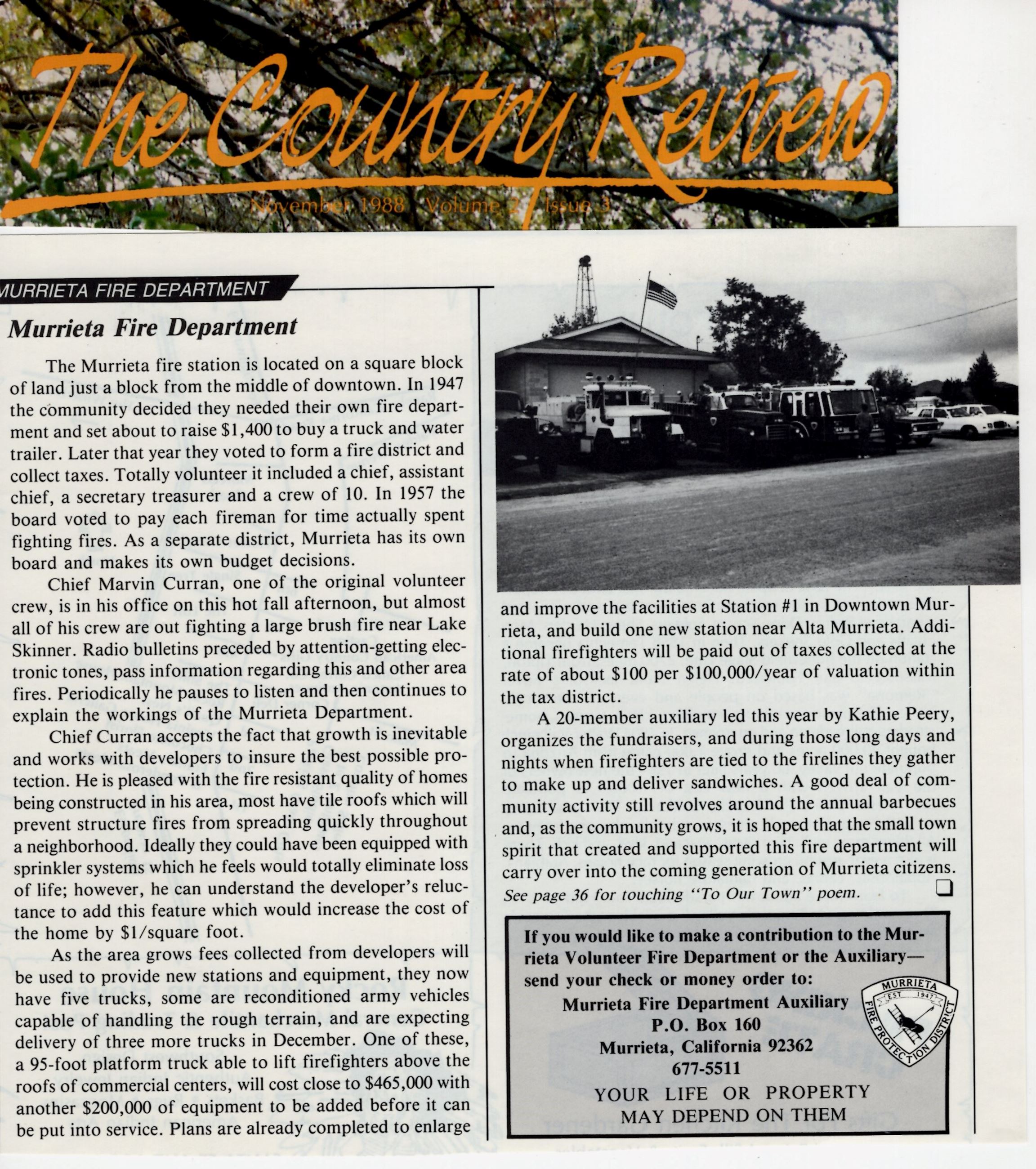